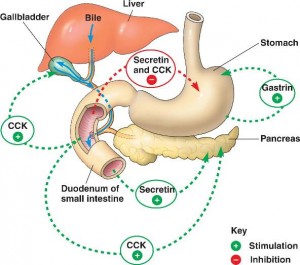 Liver is the largest solid organ in the body. It occupies the right upper quadrant of the abdomen, tucked underneath the diaphragm. The liver has the major metabolic functions of the body all under control and it is vital and essential for life. The functions of the liver are:

In terms of anatomy the liver is a solid organ supplied by a dual type of blood supply which is unique to the liver. A venous supply to the liver comes from what is called the portal vein and that is the vein that drains all the blood from the gastrointestinal tract from the stomach down to the rectum. So all the blood that comes from the gastrointestinal tract passes in the first instance into the liver for metabolic functions and detoxification and then it goes into the circulation by the inferior vena cava via what is called the hepatic veins. The liver also has got arteries that supply most of the oxygen to it and they come from the abdominal aorta.

This service is provided by Mr Abbas

Primary cancer of the liver is a common disease. It is a worldwide health problem, particularly in countries where there is a lot of infections with hepatitis virus B and hepatitis virus C. In Australia the main cause for the liver disease and cirrhosis is alcohol. There are other causes of cirrhosis, some of them are inherited, such as haemochromatosis and the disorders of metabolism of copper and there are other problems. Also with the rising incidence of obesity there is a disease which is called Nonalcoholic steatohepatitis (fatty liver).

If the disease is unchecked and untreated the process can progress into liver damage where the patient will manifest a disease which is called liver cirrhosis and in practical terms, what that means is they will likely to proceed to failure of the liver function which manifests itself in the form of bleeding tendency, yellow discolouration of the sclera of the eyes, weight loss and abdominal distention.

If the tumours of the liver are found early in the pace where they are in their early stages they can be cured by surgical treatment. That would be indicated for a low risk lesion particularly if it is less than 5cm. These lesions tend to be multiple where the liver could be effected in several areas as the process of cirrhosis makes the liver tissue a fertile ground for development of new growths.

You would need to discuss with your physician the available options of the treatment. The available options in general will be surgical resection which usually has the best outcome. That would be offered to a patient with good liver function when the disease is in its early stages. However, if the liver is badly diseased and reaching the final stages of liver cirrhosis then surgery won’t be an option. Some patients might be suitable for liver transplant in those cases.

There is an intermediate group where the cancer is advanced with bad features such as multi lobular disease and large size tumours and it may not be surgically treatable then a liver directed therapy in the form of localised chemotherapy of radiation therapy might be indicated.

Some patients do present at late stages where the liver function is quite poor and also their cancer is too bad. Patients in this situation might be advised only to have palliative measures or get enrolled in some medical trials if there are any available.

In the last two decades it has been established as an effective treatment for metastatic cancer of the bowel that spreads to the liver with a cure rate of almost 50%. When you discuss the cure rate with your surgeon this means that the patient who has had the operation will be well and alive in five years time after the operation. Usually the operation involves removal of one or more parts of the liver surgically. You find that commonly you would need chemotherapy, particularly if there are certain risk factors for recurrence. The recurrence rate is about 60% in the first few years. When the disease recurs there will be other forms of treatment. Surgery can still be done either as a second stage or a re-resection pattern. Also, there are other forms of liver directed therapy that can be useful. These might be internal chemotherapy or internal radiotherapy to the liver. The surgeon will discuss with you the pros and cons of having a liver resection for such type of tumours and you will need to be aware of the risks and complications that are associated with it and also the expected long-term benefits of the operation.

Call the reception of Mr Abbas for more information

Liver surgery  is proved to be safe and effective for a variety for condition such as primary tumours of then liver and secondary metastases, particularly metastatic bowel cancer, which is currently the most common indication for liver surgery.

Usually the patient gets admitted to the hospital on the morning of the operation, prior to that a thorough investigation is conducted to ensure that a patients general health, particularly the heart and lungs are suitable for major surgery.

A morphine injection in the spinal fluid is given for pain control. The operation is conducted under general anaesthesia, the anaesthetist will insert a venous access, arterial line for monitoring, administration of fluids and medications and a urine catheter is inserted when the patient is asleep.

Most operations are performed in an open fashion with incision below the right rib cage that is usually extended in the midline that will look like a Hocky stick.

The surgeon will perform ultrasound on the liver at the time of the exploration. The operation can take up to several hours depending on the complexity. Usually there is no need for a blood transfusion unless there is excessive loss due to complexity. At the end of the operation the patient will be awake and will spend a few nights in the intensive care unit for monitoring , the patient is allowed to resume oral intake on that evening. On average the patient will spend 5-7 days in the hospital